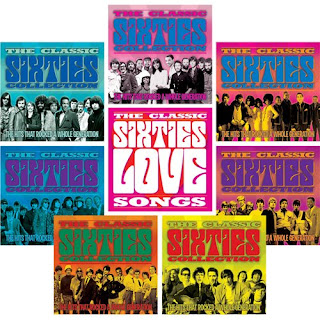 I watched PBS's retrospective of sixties music tonight, with a whole slew of original bands from that era. It was disturbing.

First off, it's getting a bit aggravating to have to refer to those times as an era, much like "the bronze age" or "the industrial revolution". It hints that perhaps the times being referred to were very, very long ago.

It just doesn't SEEM to me to have been that long ago, but apparently it was.....just ask your grandkids if they were in the room watching this show with you (that is, if you forced them to be).

It was bad enough that when the audience was panned with the camera, it could easily have been mistaken for a retirement home rec room; a BIG rec room, mind you, but something along those lines. Then, we saw who was playing the songs we grew up with. OLD PEOPLE.

Gasp. These were people who were not much older than us when we were groovin' to their contributions to our counter-culture revolution. But now, as though our remembrance was supposed to isolate them from the ravages of time that had befallen all of us, they appear before us as real people should.....having lived their lives pretty much like all of us did since those days, and showing it.

Iron Butterfly had to have been the worst shock to the system. The drummer was a skinny bald guy who had earned real kudos from me for even being able to pick up the sticks, much less pound those puppies like he was a twenty year old. One of the guitar players looked very much like someone's GREAT grandfather, not a rock icon by any means. But what really got me was the organ player/lead singer who had the stereotypical hippy mane very much brunette but whose face and body did NOT match the hair. It HAD to be grecian formula. What was this guy thinking..."I'm STILL a chick magnet!" ? 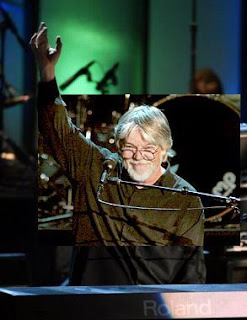 The years pass us by and we think they ignored us, leaving us to enjoy perpetual youth and miniskirts and tie-dye T-shirts. Well, it didn't happen. I admit, some of these hippy chicks wore well; I'd do them even now. But I know that I cannot and should not and do not want to pass for twenty something again, not after all the aches and pains I earned to be where I am today. I also like the mellow I get to enjoy, free of the frantic need to experience anything and everything 24/7 in excess. Once was enough, and I still have some stuff to try out if I can somehow manage it.

Still, I am very much looking forward to the next efforts of AC/DC, soon to be released by Walmart as has The Eagles and Journey. Now, these guys aren't QUITE as well-worn as their sixties predecessors, but I can guarantee you that kids and grandkids will still be going...."Ughhhhh......GROSS!"

hahahahah. I noticed this recently myself. It sure doesn't FEEL like 35+ years...