I Don't Do Memes 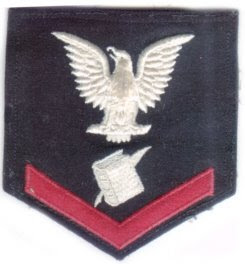 I'm sure, far back somewhere in the annals of TTEM, I mentioned the fact that I don't do "memes". Hell, to this day I still don't know exactly what "meme" means. Whatever, it seems that each one demands so much exacting rigamarole, it's just to much work for me. So no, I'm not going to waste valuable post font making up a list of things people should know about me, because, frankly, there's not actually anything anybody SHOULD know about me, like, for instance, that I am not a cat person, yet every feline within a mile of me seeks me out, totally ignoring those around me who claim to be cat lovers. Or, that I have this perpetual frown engraved on my face that totally misleads people as to my actual inner demeanor. So, look, get to know me and get over it, because I can't afford to have a plastic surgeon install a nice shiny smile on my keister. And YES, when I exert myself, I have been told I have the "sweetest" smile........And no, you have no need whatsoever to know that I was the first (and I think perhaps only) Personnelman (a navy job description) to report for duty onboard two separate nuclear fast attack submarines, filling in for the Yeomen who normally man the ship's office, due to an extreme shortage in Yeomen volunteering for submarine service. So, in a weird and totally "who really gives a fuck" sort of way, I made history. Just so you know. Not that you needed to.
Oh, and I once sat a world's altitude record in model rocketry for rockets using "B" grade rocket engines. So what if the record was broken by some other numb-nut within two weeks? I was KING for at least that long! Just saying........

Anyway, I don't do memes, and I sure as hell don't do six of them. No less than three of my favorite bloggers tagged me for this exercise in rubbing the letters off my keys, and I am suppose to link to them and do all sorts of chain letter sorts of things but no, let me make this perfectly clear, I DON'T DO this stuff.

Not that I don't appreciate being thought of amongst all the millions of bloggers out there as worthy of being tagged by mad memmers. I suppose I should think of it as making the big leagues. Only, I don't do sports, so no thanks, I'll pass. There are plenty of other more worthy contenders who are at this very moment researching their personality traits and history so that they can do their memes proud.

Moving on, the day approaches that THE Wife sees the neurosurgeon to see just how bad her neck is and what he's recommending be done about it. She's in pain, and quite frankly, I'm stressed, because not only is the woman I love in pain and facing a potentially dangerous surgery that may or may not actually improve her condition, but this is going to put a strain on us financially, due to her being out of work and not having much sick leave or disability insurance to cover the shortfall. We, my friends, are the REAL "Joe the Plumbers"", real, hard working Americans faced with real problems that Republicans don't seem to understand, because apparently, unless you make enough money to make people want to tax you, you must not be a "REAL" American, or at least a conservative's idea of what a real American is. I suppose our lack of desire to be ultra-rich makes us out to be socialists. Whatever, I was born here, my wife was born here, and I don't care whether you like our politics or not.......we have as much right to be here as any suck-ass conservative, rabidly right wing-religious closet nazi.

The above was typed days ago and today we went to the Neurosurgeon, and he suggested that if we want to take a surgical stab at fixing THE Wife's neck, he would prefer that she get a more advanced imaging test which involves a cat scan and a lumbar puncture, so that he can get a better picture of what he is dealing with and what he can do to try and make it better. I told him, fine, he could have his test, as long as he uses Maine Coon cats, and not those damned Siamese. I will NOT have those arrogant cats scanning my wife! Anyway, it will be almost another month before we get around to getting the test, and who knows how long after that to have the actual surgery, if THE Wife decides to go thru with it. Yes, there IS an alternative to surgery: pain killers and SUFFERING! 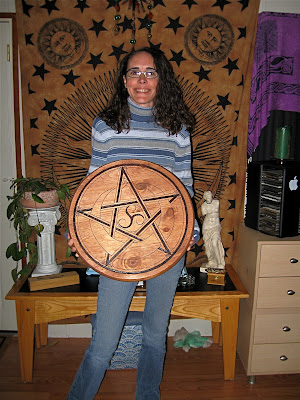 Helping to distract her from the pain, THE Wife is putting sooooo much energy into our upcoming Samhain celebration, which will include many of her co-workers. The night have gotten somewhat nippy of late, but hopefully, Friday night will not be as cold, and the fire will be warm enough for everybody. THE Resident Twin has burned a beautiful design into a small table-top which will made it's debue this Friday, and here's photographic evidence of her talent for your consideration. The "veil between the worlds" will be thin this night, and sometimes I like to imagine that if only I were a truer believer, I would be able to at least glimpse some essence of my Mom, that gypsy soul who loved me, lost me, and found me again, then left me early to go paint in Summerland. I will not brainwash myself into seeing something that just isn't there, and I am willing to accept the possibility that I lost my Mom forever the day she died, then delude myself with wanting so badly that I psych myself into seeing her ghost. That's how cults find their victims. I intend never to be a victim. But, Michele, if you ARE there, between the worlds, I have no doubt that you know that I love you and miss you. 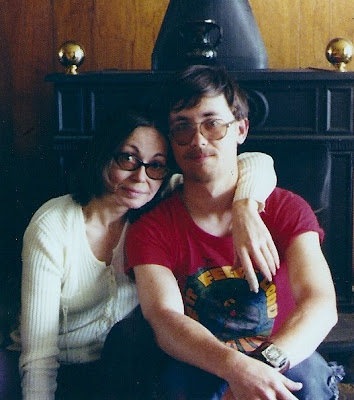 I'm sorry for tagging you - though what you did say was interesting. Won't happen again (I only did it because I know so few on here).

Take care and my best wishes to you and "THE Wife".

You are now officially a MEME magnet!

Somewhere in a cluttered cubicle at Google a beeping noise has caught the attention of a twenty-something who was merrily off playing Warcraft with Jessica Alba.

Now however your alert has triggered a chain of events written into the Google Bible.
Send 5,000 memes to These Thoughts Escape Me..RFN.

Cats dig me too and although I admire their aloofness unless they are a 'mouser'..whatever!?

Rocket Man! Does Elton John know about this?

I hope that there is a viable solution to your lovely lady's neck problems..ugh! Best wishes and positive thoughts to both of you.

I swear cats do that just to piss off the non-cat and the cat- people at the same time. They're Exercising Their Power!

As a cohabitor with 4 pitbulls, I haven't seen a cat anywhere near my yard for over 5 years.

Good job on avoiding the meme!

What an absolutely beautiful table. That girl has talent!

My guess is that "meme" means "me" "me" "me," because you're usually revealing something about yourself. I will light a candle for THE wife, as I know how this suffering can go on and on. Good luck!

Is it just me, or did you actually do a meme?

Nice job you did of not telling me 6 things about you!

FWIW, I know that when I was in despair over the pain in my lumbar region and the sciatica that came from it, I was totally against surgery. Everyone I know who has had this kind of surgery (spinal column stuff) has regretted it. And the three cortisone shots made it much better. I still have some problems some days but the improvement is next to miraculous after years of pain. Worth a shot, get it, a shot? I'm killing myself over here.

Boy, was I glad I didn't let them take a knife to my spinal area.

woops. the *laugh* went with the meme sentence.

That tabletop is gorgeous.

Pom, my post was all tounge-in-cheek, so you go meming me anytime you like, and don't take what I said personally........NEVER take anything I say personally.....

Leave it to beaver!

wow, where to start..first the table is absolutely lovely..
second, i've had 5 back surgeries and each one was worse than the first..try every thing you can before you let them start cutting..it's a never ending cycle of cutting after that...did you try acupuncture?..
I'm going to do the day of the dead altar for all my friends and family that have passed over...that way I can remember them all with things they would enjoy, like a little whiskey, picture of their favorite dog, cat, football team, etc.
plus meme's suck...that is until you learn to make them yours..i answer the questions in the most honest, funny bullshiting way I can..makes it fun in stead of work..
hope all goes well with her neck..jac