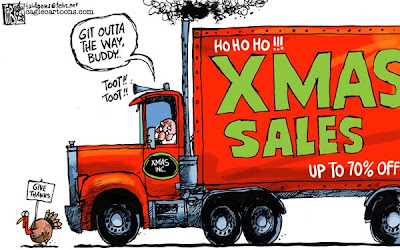 It's Thanksgiving day here at Pendragon Hold, and despite the fact that we have become "godless heathens", we remain as thankful for our good fortune as ever we did when, back in the day, we gave all the credit to some invisible dude who had terrorized us all our lives with promises of an boring eternity playing harps on fluffy white clouds or burning in hell forever. Now our thanks are given not out of fear but out of gratitude, to whatever deity or life force or lego super-hero might be responsible........one need not be picky.

I worked the two days before the holiday and thus was very happy to be off for the grand day, which I had to spend in the company of THE Wife's family, since I have no family to speak of locally. I am not complaining, as they do prepare one awesome spread that never fails to satisfy the belly. Unfortunately, the Resident Twin had to go to work today, spending the entire shift essentially not doing anything productive whatsoever, while being payed premium holiday pay for the experience. She would have foregone the money for the fresh food and familiar company. We DID bring her home some nice left-overs. Having payed off the car last month it seems we now had some extra money, so I made THE Wife's day by grabbing one of the rarely-in-stock Nintendo Wii's at Walmart, something that SHE, of all genders, has been lusting after for the fact that in order to play it, you have to get off your fat ass and actually MOVE. It's funny how now that the economy has tanked, these things are suddenly actually available for once and you don't have to know the right people to buy one. Well, now we finally have one and THE Wife and I are learning how to use it and it's been hilarious. Who knows, maybe we'll be able to burn some calories using this thing, and have fun doing it.

Meantime........we have been put in touch via a close friend of THE Wife's with a Reiki Master (healer) who is supposed to be able to perform remote therapy. He has already claimed to be able to see that she has an infection around one of her disks which is causing the inflamation and has directed her to begin using an herbal tea/remedy called spikenard root. We will be headed to our nearest natural health food establishments to find this concoction and begin treatment. Also, he seems to already be working his mojo on her as last night she went walking by me headed towards the bedroom mumbling something about someone telling her she had to go to bed now..........and can't remember doing so the next day. (insert strange organ music here.....) Hey, if SHE believes she's being helped and her pain eases, I'm all for it. 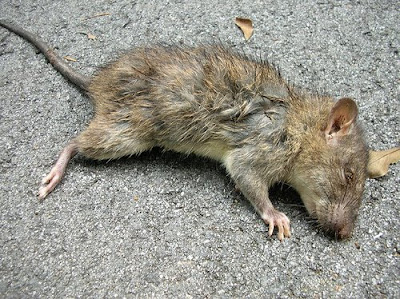 Remember the vermin problem I spoke of in past posts? Well, it seems that we were successful in our counter-attack on the rodent invader, only it wasn't the rat trap that nailed it........sigh......there is evidence of something having feasted on the poison bait I put under the house and now the evidence of his demise is wafting throughout our bedroom and/or bathroom. The wife detected something foul several nights ago but it wasn't until today that my insensitive nose finally admitted to the foul aroma of something dead, perhaps having crawled up into our flooring to die. I'm not sure how I am to deal with this, but tomorrow I will crawl under to see if I can locate the carcass. Other than that, I suppose we will just have to wait till the damn thing simply finishes rotting. We reap what we sow, indeed we do.

Thank you for visiting us here at Pendragon Hold. May YOUR Thanksgivings truly be times of safety and security, and may all the ills of this world pass you by.

For some reason I can't begin to fathom, some people think the ideal time to talk to you is when you're doing something. That pretty much tosses concentration on its ass. Pretend like I left a rather deep comment.

LOL - Mini Me and Hubby are dying for a Wii. Perhaps we'll see what we can wrangle after taxes are paid for the year. I agree with THE wife - at least it gets people off of their asses to play the games. Mini me is also desperate for Guitar Hero but who knows when that will happen. She might be buying that one for herself.

Glad it was a relatively pleasant day for you and that you have rested well after the meal.

I've been trying to find a Wii for a year, no one around hear has one! Guess I'll have to come out of the 'sticks' a little to find it.