Way of the Witch

OK, guys, look.......a witch, in reality, is really nothing more than the ancient, amateur, yet very capable template of what we now call the physician. He goes to Medical school for a decade's worth of rote mental torture and hopefully, once the beast is through with him, he still is intent on "helping people". The Witch, the Shaman, the Medicine Man, they all consigned themselves to an eternity of learning obscure facts about things you and I really don't have time to absorb in order to gather a certain kind of knowledge that is unique and powerful and is hard to quantify but is held in high esteem nonetheless by those who know to accept it's benefits. Magic, healing, whatever you wish to call it, is truly an art, while medicine has devolved into a science that still falls short as often as it accomplishes anything. Both of these practices have their limitations, but both of them also depend heavily on the recipients having some faith in them in regards to effectiveness. A recent study in fact proved that more expensive medicines were more effective than lesser ones, but only if the recipients knew that fact, but the reverse was often true if that fact was obscured. A healer will approach your problem with what he knows historically is most effective, but he also counts on your faith in his ability to prescribe the proper treatment if that treatment is to have any real effect. Smoking cessation hypnosis had no effect on me due to the effect that I am to damn skeptical as a person to be hypnotized to begin with. Yet, a new drug which was reported to me to be highly effective, and two factors contributed heavily towards the effectiveness of this drug.....one, that it was covered by insurance, and two, that it worked for the person who recommended it to me. The human animal is complex, and simplicity is not always the best approach when it comes to overcoming the many ills that befall us, our brains having such a huge influence over what works for us and what doesn't.

The wife decided to withdraw herself entirely from her pain meds in order to concentrate on alternative healing methods, but just as I expected, she had some evil withdrawal symptoms last night for not having taken her pain meds. I told her to cut back on how often she was taken her pain meds, but not to try and cut them off entirely so suddenly, or she would suffer for it. She took her pill and was soon fast asleep. Hopefully she will have some success with the spikenard tea and whatever remote healing this Reiki Master is performing on her. She is brewing the tea and will soon be taking it. Wish her luck.

Today was rather busy. We started by heading to the Earth Store, where we shop for all our magical needs, stopping off at Starbucks for a couple of brews having ran out of coffee at home. There she found her Spikenard root and various other things of importance to Witches. I also purchased ourselves a couple of silver chains to replace the base metal disasters we've been wearing. I had my eye on a nice, simple little sword to use in the circle, but we had already racked up a big enough bill, so I deferred that luxury to some other date.

Heading back we stopped off at Sears to pick up an electric chain saw that was on sale to replace the noisy, ill-tempered and polluting gas job I've been using around the property. The chain tensioner has not been keeping the chain tight on the bar, coming off on me in the middle of a cut, so it was time to retire it.

Lastly we stopped off at Walmart and Publix to stock up on groceries, then it was home to put everything away and finish up some floor cleaning, dishes, laundry, and preparing some home-made vegetable soup. We threw just about everything we had into that pot, and boy was the end product GOOD!

THE Wife has now steeped the spikenard tea and will start taking it in the morning. At least it SMELLS good, but the quick taste she took of it wasn't encouraging. Oh well, medicine is not SUPPOSED to taste good, now does it? 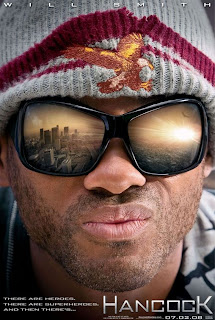 We also watched the Sci-Fi action movie HANCOCK, which was an interesting twist on your average super-hero movie. Imagine a guy with super-powers who can't perform the simplest rescues without causing more damage than if he'd just stayed out of it............it was intriguing and hilarious. Once again, Will Smith takes on a role and becomes the standard forever after. I highly recommend it. 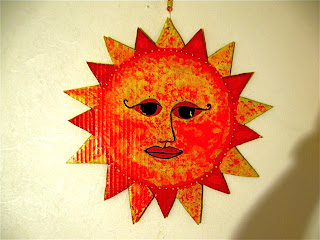 We have a tradition here at Pendragon Hold, called CBS Sunday Morning. It is by far one of my favorite weekly programs in that they host some of the most inspiring stories you can find on the tube. However, my favorite thing of all on the program is the vast array of SUN paintings, drawings, whatever, as long as it is SOLAR, that they display during the program. It turns out that they will accept submissions of individual works of solar art and I have been considering sending in THE Wife's rendition of the Sun, which I think is quite good, in a primitive folk-art sort of way, and can stand even with any I have seen on the program. take a gander and tell me what you think.......


Well, I think I've gabbed enough for a Saturday, so I will leave you to your Sunday, with hopes that it is as restful and/or enjoyable a day off as it is for us. I want to thank all of you who have chosen to "follow" us here at the Hold, and please know that any and all of you are more than welcome here at our hearth, humble that it is, and ever happy to be known far and wide as Pendragon Hold, where even dragons can find peace and acceptance, should they seek it.

Hmm.., spikenard's good at banishing unwanted or uninvited entities in magical work, so the tea sounds like a good idea.
Looks like neither of our households got much rest from the pre-festive season shopping. I loathe it, but I'm managing to keep from brandishing two axes in the crowds by just looking at all their poor, strined faces.

Knew a Kung Fu master who was also schooled in acupuncture and Chinese Medicine. Wouldn't take pay for what he did, but would accept a gift. A few times he brewed up something for what ailed me. That I could drink it and keep it down was a testament to my will power and steel gut. Nasty, nasty stuff. Never was sure if he cured me or if my aversion to more of the elixers.

Me finks if ya have the will there is always a way........ Positive thinking isn't as easy as one may think!

I've met a few Reiki Masters in my time-was skeptical the first time and it still helped!
Have seen the Suns on CBS and think you SHOULD send in THE Wife's rendition, it's very pretty.
Thanks for making me feel welcome here, wasn't sure if I was invading anyone's space or not.

Narcotics aren't met to be stopped abruptly. Hope she has good luck with the tea. I have a patient who has found relief from chronic pain through accupuncture and is completely off pain meds. He was a skeptic, but it worked for him.

"a witch, in reality, is really nothing more than the ancient, amateur, yet very capable template of what we now call the physician."

Wow, are you sure you want to stand by that entirely? This Witch? Is far more than that. ;-)