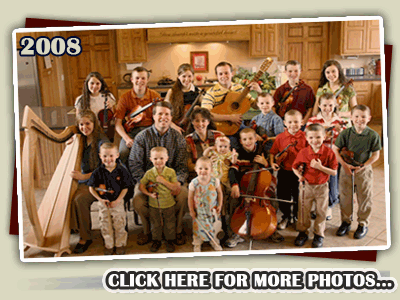 There were once frontiers, new vistas to explore, new lands to settle, always some new place for pioneers to stake a claim to. Well, those days have long passed, and the world has shrunk to a size that has almost become claustrophobic. As our population keeps increasing at exponential rates, more and more virgin landscapes are being ravaged and paved over to accommodate more and more human habitations of all sorts, as well as strip malls and all those support structures we need such as schools and sports stadiums and airports and on and on. The marginal land suitable for these purposes has all been occupied now, and what remains are ecologically delicate areas we need to keep intact unless we wish to sacrifice entire ecosystems altogether. We are even removing farms, those areas necessary to feed this growing population, and replacing those with huge gated communities from which will venture more carbon-spewing automobiles on their way to work in the cities, places which are no longer affordable to live in unless you are comfortable with gang-infested slums. We continue to build as though there is an infinite supply of new land while at the same time we allow old properties to fall into disuse and languish, empty and unused, wasted land adding to urban blight.

And in the middle of all this we celebrate the 18th (Yes, that's EIGHTEEN) child born to the Duggars, a God fearing Christian family who live according to some supposed directive from the Almighty that one family can't have enough children. The more the merrier. So many mouths for one couple to feed, the entire family has become a corporate entity with one mission; to support itself and prosper in a world where millions of children go hungry simply by virtue of having been born in the wrong place to the wrong people. They, like the Duggars, would probably love to breed like rabbits in order to foster their own workforce to work their meager farms, only starvation and ever-degrading resources have put a brake on that idea.

I suppose the Duggens have never seriously considered how much impact they make on the resources necessary to keep them housed, fed, and clothed. To think that they take NOTHING from others in order to remain well-fed is a selfish illusion that makes this kind of mindset just one of the many nails we as a species continue to drive into our coffins. Folks, there is only so much shit to go around, and just like the herds of deer who overpopulate their territories and have to be culled by hunters, we already are experiencing our own culling overseas, and that very blind sort of natural justice WILL visit itself upon those of us in the Western world eventually, and then the Duggens will be facing hostile families with two children who think perhaps the bread is being broken into much smaller pieces than were necessary.

my daughter just informed me that they have some kind of reality show going on ...they're not averse to money are they? They appal me - I've read one or two stories about them and they freely admit, the older ones bring up the younger ones and I believe there is one child who they don't even COUNT - as she decided that their "perfecgt" little family wasn't and is living her own life.

I agree with EVERY word you said - it is a selfish and narcissistic course of action on which they are embarked ...

just want to wish you and your wife a happy and wonderful winter solistice ... may the coming year bring wonderful things