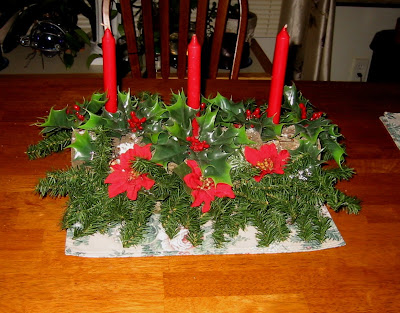 Yea, I know; where the hell have I been? Right here. With not a lot to blog about. Sometimes I get 'bloggers block" and rather than whipping out yet another brilliant post, I'm staring at an empty text edit box with nothing whatsoever to put in it. That's where I've been.

It's not as if there's not really ANYthing to blog about; the economy alone is the frankenstein monster sitting in the corner smoking a joint. In my particular situation, health care, it would seem as if I am pretty much immune, but I can't expect that we could possibly be immune to all this. I keep asking my manager if there have been any noises concerning cutbacks, and she insists she's heard nothing, but the truth of the matter is that where layoffs are concerned, you don't get subtle warnings, you get blindsided, just like on Survivor. So, being the at the bottom of the hospital food chain, if I'm gonna get axed, it will be swift and merciless. I try not to think about it.

So, all one can do is slow down the spending, try very hard to put some green aside, and hope for the best. Trouble is, EVERYBODY is doing just that, slowing down the spending, which is only adding to the problem. However, what really pisses me off is the fact that the banks, those "special" institutions who have had bags of money thrown at them to keep them afloat, have been hoarding all that money (except for the good portion of it that they have been awarding themselves in compensation for being such wonderful people) and not lending it to people who six months ago would have been loaned the money no questions asked for any reason whatsoever. Now, people with perfectly acceptable credit are being denied loans to buy cars, cars are sitting on lots unsold, and it all goes merrily down the drain, and why in the FUCK is the government allowing this to happen? Is THIS what FREE enterprise is all about? Then FUCK free enterprise is all I have to say!

Tomorrow night is THE Wife's work's X-mas party, which will be held at a swank local establishment. I'm amazed that there will even be one this year, but these girls do deserve it. Last year the party was held at one of the partner's homes, a nice mansion on the river. The optical field has been very, very good to some.

I had to cut down one of the small oaks in the Goat's pen, but from the tree came this year's Yule Log, which will be used to celebrate the Winter Solstice, OUR holiday for this season which has nothing to do with supernatural virgin births or fat guys flying airborne sleighs out of the North Pole. Most of us can't seem to get entirely out of the gift-giving habit, though, so that has been kept as part of the holiday, and hey, as long as it's kept within reason, I might as well not complain. So, in the spirit of the shortest day of the year, after which the hope of new life springs forth from the coldest days, I wish all of you, my fellow bloggers, the happiest and safest holiday, in whatever form you celebrate it, and may you reap all the good things you have sown.

and a happy holiday to you!