A Tale of Two Demographics, and other such Nonsense 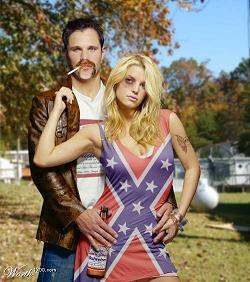 I want to start this off with an observation...........I am a watcher of people, much the same way bird lovers watch birds.....wherever they are, I observe them, classify them, study them.......sigh......judge them. That last part; judging them....hey, don't start on me; I know damn well it's a pathetic trait and I'm not all that proud of it but I do it so there it is. Anyways......you might have noticed how certain species of humans habitat certain locales, again, much in ways you might find certain species of birds preferring certain habitats, like herons in drainage ponds, or buzzards hanging around Annes' place waiting for.....hehe.......just kidding, Anne. I once visited two different supermarkets in Redneckville USA here near Pendragon Hold, one a Publix, the other a Winn Dixie. You KNOW where I'm going with this, if you know anything about the demographics of these two brands. Even for Redneckville, the Publix was frequented by a somewhat classier variety of fine folk, dressed appropriately, no chewing tobacco in evidence, the language for the most part understandable. THEN, I had had to run down to the Winn Dixie in hopes they might be carrying something the Publix didn't. It was....how shall I say this......like walking into another dimension, onto another planet altogether. The dress resembled a fashion fair of the worst the Salvation Army had to offer (and my daughter is famous for finding some pretty damn good garb at the thrift store, tyvm.), with a mixture of unwed teenage mothers, ball caps over mullets or skinhead chic, with cuss words far outnumbering even passable gibberish. The older dennison's moved about on walkers or barely charged electric carts, and the cashiers didn't appear too eager to interrupt their nail polishing or cell phoning to be bothered by cashiering. I got in and out as fast as possible, just missing a fight breaking out in the parking lot between two good-old boys whose big-wheel pickup trucks seemed to be facing each other down for a handicapped parking space. Oh hell, forget any guilt I might have claimed to have about judging; stereotypes don't just fall out of the sky.

But, meanwhile back on the farm, we have just come out of a three-day stint of that rare event known to our Northern neighbors as "the freeze". You know, that meteorologic anomaly where water gets hard, pipes burst, and plants keel over and die just as soon as they thaw. We dripped our faucets, turned on the lightbulb heater under the tarp over the water pump, and hauled all the delicate potted plants into the outside shed. I know most of you up there past the Mason-Dixon line are gonna yawn when I describe the ordeal we endured at 21 degrees ABOVE zero, but hey, it's a wonder we experience anything resembling cold to begin with here in balmy N.E. Florida. Inside I had acquired an oil-filled radiator style electric heather to supplement the electric central heat which is all that works since the heat pump bought the farm last year. Electric heat is expensive, so if anybody has an old steel plate wood burning stove they are too lazy to load with wood, I will be more than happy to take it off your hands. We gots plenty of wood to burn here at Pendragon Hold! 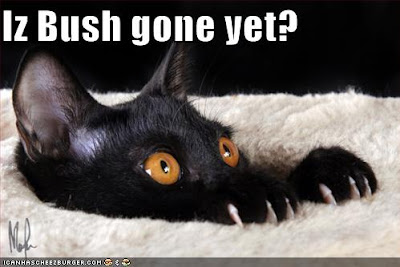 After getting through a bungled oath of office administered by a Chief Justice hand-picked by the coherence- challenged former Commander-in-Thief DUBYA, our intrepid hero, the 44th President of these here United States of America, Barack Obama, has hit the ground RUNNING, and is already straightening out the mess left us by those neo-con bulls in the china shops that used to be our democracy. Oh, and by the way, has anybody (except the KKK) noticed that this guy is BLACK? Well, kinda black; I mean, after all, his Mom was a paleface. Anyway.....he means business, and I have never, even since Kennedy, seen a man more relaxed and in control of his situation as this young man who came out of NOWHERE to lead this nation back to hope and promise. Already he is opening the blinds closed by Cheney and company and brought SUNSHINE back to the halls of government....you know, that thing that WE THE PEOPLE are supposed to own, lock, stock and barrel. Yes, I know, alot of what we USED to own is probably now stowed away in the warehouses of Haliburton and other such affiliated corporations designed to pilfer and pillage the coffers of our nation, but who knows, once our new administration has a chance to breath, we might even get to enjoy a Justice Department practicing JUSTICE and going after those bastards. Hope springs eternal...........

Another thing I noticed just recently in my watchful way concerning people........Pagans also are not particularly pretty people. Yep, when you see a great gathering of these folk (folk which I count myself amongst, thank you), you see humanity of just about every shape, size, color, and weirdness quotient. Sometimes you might even get embarrassed for yourself and the rest of our kindred by the way many of us act, blithely, in public, eliciting all kinds of stares and laughter and......yes.......judgement. But, you know, another thing I've noticed about this judgement is that you can discover a wonderful, liberating sort of LICENSE when you realize that YOU yourself are the very same sort of person you judge to be so strangely, weirdly, wonderfully different, and it's all GOOD! Yep, you step back and look at yourself and see all the flaws and the extra weight and lack of downright hotness you lost to the years and you simply don't give a damn because you are so damn beyond all that superficiality. Now, this is not to say that you won't spy that occasional HOT chick dancing around the drum circle, but...sigh....those days are long past when whether who was hot even matters anymore. What I now know is that television people are just that; all those pretty people live in that box, not out here with the rest of us. 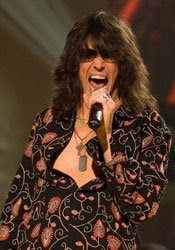 I'm watching a Foreigner concert on Soundstage on PBS. DAMN these guys have aged well! "Hot-blooded, just check me and see............" 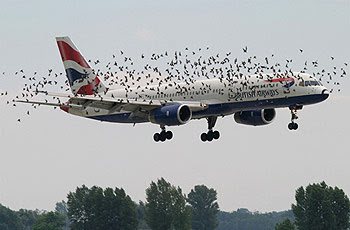 And so a heroic pilot neatly places a jetliner turned glider smoothly onto a nice calm river and saves a grateful load of airline passengers, but tell me........who mourns that poor flock of Canadian Geese that got sucked into that pair of aerial blenders? Here you are, migrating from point A to point B like all your ancestors have done for millennia, minding your own damn business and SMACKSUCKSWISHSPIT.............damn! What a way to go! So.....who mourns for them?

We went to Walmart and found some nice basic natural cotton fabric to make some robes to wear during our circles, and hopefully THE Wife will get them sewed up in time for Imbolc, our next Wiccan Sabbat. Somehow, jeans and T-shirts don't seem to add to the ambience during a full-moon rite, ya know what I mean? Pics will be forthcoming.

I remember the Clinton years as a bright spot in my portion of American History, and it taught me that a certain rather large segment of this populace simply can't accept peace and prosperity, because with Jesus coming and all, well, he'd look kinda silly fucking up peace on Earth and goodwill amongst men, now wouldn't he? So, they have to keep the pot stirred so that Jesus even has a reason to climb out of the grave and save all these pathetic ass-wipes. I give up. If people will be people then his will be done and that'll be the end of it for all of us. Maybe these next years will force some sense down our collective throats or maybe it won't. I'm hopeful. Sort of. Conservatives just can't be happy. So will any of us ever be? News at 11.

I caught the first few minutes of Foreigner also. I always try to catch Bill Moyers and then check out Soundstate and Austin City Limits.

I've reached the stage, possibly due to age, in life where I truly don't give a damn about looking silly. I'm only sorry that I didn't reach it sooner.
The geese- yes. Patriotic geese, perhaps, doing their bit to take down Insane Civilization.

Many people did mourn them, just the mainstream media ignored them.

Mother to me: wasn't that plane accident something! Thank heavens everyone lived.

Me to mother: no, the geese didn't live and nobody seems to give a damn but to blame them for the inconvenience they have done to humans.

Mother to me: well you know what I mean. They used to use cannons to frighten the birds away so that they wouldn't get in the way when planes were taking off.

Me to mother: they still do that in places - with guns. Funny thing is - the birds were there first and we act like it's all our domain. No matter where it is we are entitled to it above any other being on the face of the planet. The arrogance of human beings.

Mother to me: So is it cold down there today?

hahahahaha Pom. That sounds just like a conversation that I'd have with MY mother. heh!

Michael, one thing on Pres. Obama. I think that all the black folk think he's going to be their salvation and savior and push the black agenda, like the black politicians before him (Jessie, Al) because he's black. I see a calm, thoughtful politician who just happens to be black. I think what agenda he'll push is the American agenda. I think he's not so much our first black President, but moreso someone who thinks first and acts second and has the best interests of ALL Americans on his mind, he just happens to be black. JMHO