The FIX is In! 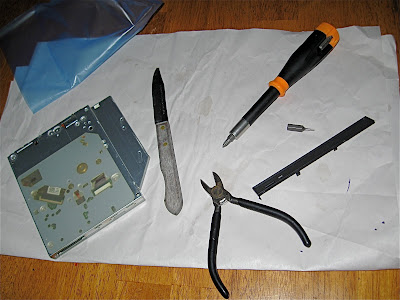 l DID IT! It was NOT without trepidation that I opened up the back of my beloved iMac and began to loosen the screws on the optical drive housing. The Airport card went in nice and smooth, but the Superdrive had to be removed from a housing first, as well as taking the faceplate off the old drive and replacing the new one with it, since the old plate had indentations used to line up the drive with the case that the new one didn't. My worst fear would be that the firmware would not recognize this drive, but it has worked just fine. The only caveat was that it asked me if I wanted to use this new burner instead of the old one......well.....yea.......and that was that! I've burned on CD already, and will test the DVD burning first chance I get, but so far, so good. So, it appears that none of these problems are due to any software bugs, since I have not had to wipe and reinstall the system; the system as is is doing just fine. OSX is NOT so easily screwed up.

Once I got the drive in and functioning, I dove back into the network to see if the new card was going to solve my wireless problem, and after using the airport setup program to get both of my Airport Expresses re-configured, everything is right back to where it was, although I still have to test it out with THE Resident Daughter's PC, which shouldn't be a problem.

So, the sky is not falling, the fixes were easy, and all is well with the Mac, and hopefully, nothing will fail for ANOTHER four or five years, or I manage to upgrade to a new machine altogether before that happens. Ironically, this is the ONE model of Imac flat panel desktop that you CAN access the hard drive and optical drive easily; the new ones must be taken to Apple to be repaired, so, maybe it's a GOOD thing all told that I haven't upgraded to a newer model just yet........I guess there are silver linings to just about everything.

After an almost two-week cold snap that drove our electric bill to astronomical heights, it is suddenly warm and toasty again (outside thermometer is registering 81) and rain is predicted for the weekend. I know I bitch and moan alot about the fake winters down here, but after seeing what those ice storms have done to the good folks up North, I think maybe I will shut up about it. Yes, I have this nostalgic fondness for snow, but I know some folks have been getting too damn much of it, and if I remember correctly, REALLY cold temperatures can be painful and expensive to live with, if not downright fatal. I got reminded of that when I got this last months' power bill. OUCH! 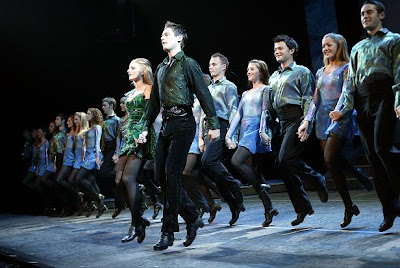 Well, Valentine's day looms, and it seems THE Resident Daughter has gotten us a very nice present; tickets to see the farewell performance of RIVER DANCE! Yea, we's white fokes and Irish dance is about as rough as we roll. Michael Flately, who made the production the world famous wonderment that it is, has moved on now, but I still imagine it's going to be a night to remember. I know I wouldn't last three minutes trying to dance like that, and I can imagine the pain and injuries those wonderful dancers must endure to be in that show. Salute!

While on "vacation" last week I found enough "warm" time to get the old tiller tuned up, gassed up, and running. The area that we usually put our main vegetable garden is on somewhat of a slope, so I tilled a big swathe of it up and raked the sand out into a more level plane. I still have alot of work to do before I can get that whole area leveled back out, but I have enough done to host this year's stab at growing. Instead of purchasing a couple of dump trucks worth of actual soil and dumping it into raised beds, I decided to try out a new method that involves simply taking bags of garden soil, splitting them open, and planting right in the bag. After the growing season is over, I'll dump the bags right there, till it into the substandard sand beneath them, and do it again for several seasons until I figure the dirt in the garden plot is enhanced enough to plant directly in, with some compost enhancement, of course. Hopefully this will help keep the wilt away from the tomatoes and make it easier to control the pests as well. Now, if I can only get that chicken coop built..........

There's not much to grouse about world-events wise, although terrible things continue to happen. One thing I DO have to be happy about though is how well our new president is performing, considering the pressure he is under right now, right out of the gate. I don't think any other president save Washington, Lincoln and Roosevelt were faced with such dire consequences, but this young man seems to have been born to this, eerily so, in fact. As pointed out by my good friend, Donn, of Homo-sapiens fame, many people have thought that Kennedy and Lincoln had so many similarities in their lives that the latter might have been the reincarnation of the former. You know, they may be right, and he's back once again to see if he can straighten this mess of ours out once and for all, without getting wasted by some nutcase gunman (or professional hit men, for that matter) before he's through. If he is, then I say welcome back, Abe, I'm behind you 110%!

This is Alex Pendragon, AKA THE Michael, and I thank you for your visit, and now return you to your busy lives.

Wow you are brave to take this contraption apart..but what a sense of accomplishment?

I would love to know what your cold snap means in terms of Electricity costs..our avg monthly bill in the winter is over $300 but we light up the night sky with festive seasonal lights..and we have a gas furnace so that's a separate issue.

Did you look at the conspiracy link? It is quite entertaining..the one that appears to be false was the secretaries..Lincoln had one named Kennedy and but apparently Kennedy didn't have a Lincoln..or was it the other way around?

I'll check all of your linkage.

Could just picture you and the missus doing a river dance in ya front room.......

Pick me up from the floor before I die laughing!

OK... I wrote a comment and it got erased... BLOGRRRRRRRRR!