In All Things, Moderation 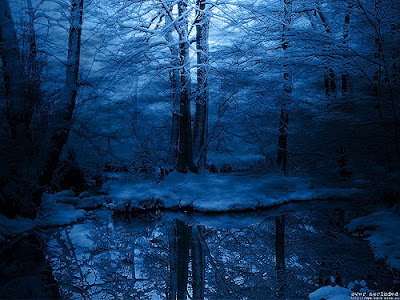 Hello and welcome to the Tuesday Edition of The Chronicles of Pendragon Hold. I bet you didn't know we HAD a Tuesday Edition, did you? Well, don't feel bad: neither did we.........

I managed to get off a couple of hours early so that I would have time to change and rest up before heading into Jacksonville to see Riverdance, the tickets for which the Resident Twin had bought us as a Valentine's Day gift. It was really an enjoyable production, but having seen the original Riverdance, Lord of the Dance, and Feet of Flames on PBS and DVD with Michael Flately, well, it sort of spoiled it for me, except this production WAS a fresher rendition, and featured some dancers who were phenomenal in their OWN right, especially the two African-American tap dancers who contrasted well against the staid talent of the Irish boys. All told, we all enjoyed ourselves tremendously and I am very happy to have had the opportunity to see them live before their American tour ended for good.

It seems like every other day, some dip-shit is contributing to the stereotype that muslims are just flat-out homicidal maniacs who worship a God that has an insatiable appetite for blood. THIS news item is especially sad in that the person involved ran an organization that was supposed to combat these stereotypes. If this kind of behavior becomes the norm rather than the terroristic exception, I am afraid it's going to come down to a "last-man-standing" situation between the West and the Muslim world, however "peaceful" they claim their religion to be. I know how hard it is to try and live under the shadow of stereotypes as a Wiccan, what with this persistent propaganda pushed by the fundamentalist Christian world that we are all devil-worshippers, but you will not see that many of my fellow pagans running around causing such mayhem. Yes, we have our fringe as well as any religion, but we actively disown them instead of making excuses for them whenever the accusations start flying that our belief system had anything to do with their misdeeds. I know that "moderate" practitioners of Islam had better get on the stick and do the same or it's gonna end up very, very ugly, sooner than later.

In my constant quest to downsize the expenses involved in living here at Pendragon Hold, I am giving serious consideration to dropping my land line phone altogether and going with VOIP. You can get a Wi-Fi phone that ties in with your internet broadband and use SKYPE to make all your calls for a mere fraction of what it is costing us to maintain local and long distance with AT&T. The phone company has finally come out and admitted that yes, you can maintain a DSL connection and not have a phone line, and the only hesitation I have right now is finding the right phone and figuring out if my cell phone, with it's one-bar signal here at the Hold will suffice if we need to dial 911. I know a cell phone might not pin-point my location in that regard, but I figure if one is too far gone to give the operator our location, the call isn't gonna help much anyway.

There is two very fine things due to happen next month. The first is THE Wife's birthday, which I enjoy mostly for having been the day that brought a very wonderful person into the world to one day be my Wife. The next, simultaneously, will be a visit by someone I have come to know since I became a Blogger. He lives on the other side of the country in another type of environment altogether, but we are very much alike, and I am really looking forward to finally meet him and his wife in person. Not many of us as bloggers get to meet the people we become close too as we share our lives via these blogs, so I consider myself fortunate that he is able to make the trip and visit us.

Other than the above, not much else of interest has occurred here at the Hold. The weather continues to vacillate between mild winter and cool spring/fall, somewhat schizophrenic as weather goes. All I know is that I really wish I had been able to get a decent wood stove installed, as heating this place during these several freezes have been hell on the budget. Maybe the new stimulus package passed by congress (finally, and with no thanks to the FUCKING Republicans) will have some sort of goody included that might help us upgrade the energy efficiency of the Hold. Or not. Keeping our fingers crossed here.

We now return you to your own, probably much more interesting lives. Please come back and see us now, hear?

I know that "moderate" practitioners of Islam had better get on the stick and do the same or it's gonna end up very, very ugly, sooner than later.

..a position delineated well by Sam Harris in The End of Faith.

All moderate practitioners of any religion have tthe moral duty to watch out for, and reign in if necessary, their ridiculous extremists.

It's a position I'm not sure I agree with anymore. I'm still thinking about it. And I do things (like think) very, very slowly.

I dropped land line service once. Didn't work out as well as I hoped.
Basic land line isn't subject to service interruptions caused by weather, loss of electricity, etc.

The bail out has me worried more than a bit. I'm far from being convinced it was the best thing to do. Definitely thought it was shoved through much too quickly.

Who's coming to visit? You can tell us!

I'm with Buffalo. I think it was shoved through too quickly and done in a dishonest manner. The Dems gave it to the Repubs just the night before to read and approve. No wonder none of them voted for it. Do YOU sign contracts before you read them? For that much money, I'd expect them to read every word on every page before they voted.