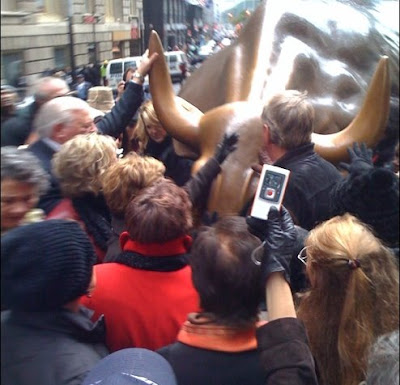 Welcome to The Chronicles of Pendragon Hold, that special place on the net that reassures you that yes, the new normal is anything but. I'm your host, Alex Pendragon, AKA THE Michael, and I will carefully guide you through the blind alleys and dangerous s-curves that lie ahead. Are YOU in good hands?

Things warm up around here, right before the mercury takes yet another plunge into the freeze zone. I blame this all on Canada, who INSISTS on smuggling frigid arctic air into our tropical paradise where we are happy just to not have to run our air conditioners. I bet if Mexico was smuggling hot, humid air smelling of tostadas into our country, the Feds would be all over it.

If I should just happen to lose my job, I've decided to use the CITIBANK approach to financial disaster. Knowing I'm probably going to lose my home, I'll sell it for whatever I can get for it, you know, a best offer sort of deal, or maybe even auction it off on E-bay. Yes, I know, since I have a mortgage on it, it's not really mine, but what the hell, Wall Street can do it, then so can I. 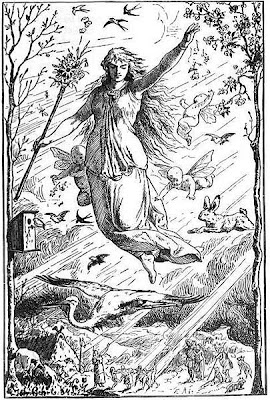 THE Wife is working hard on preparations for our OSTARA celebration, otherwise known as the Spring Equinox. We're hoping to have some friends from far and near join us as we welcome in a new season of re-growth and renewal, sort of like our nation coming out of the darkness of a Republican led meltdown into a new era of hope and responsibility. Interesting how I always manage to segway politics into a spiritual moment, huh? Well, isn't it ALL politics, in a fashion?

Apple has just updated their Safari web browser, and man does this baby ROCK! It has some fascinating new features, such as Coverflow, a feature you find in Apple's music program iTunes, AND, it is as of now, far and away, the fastest web browser the universe has ever seen. Well, OK, maybe that thought-browser the Paraphlaxians over on Trestoid Three in the Alpha Centauri system use is a TAD bit faster, but not by much. And you use Windows WHAT?

Today, or tonight rather, happens to be Saturday, and tonight I type alone, as THE Wife and Resident Daughter are out somewhere with "The Girls" having a "Purple Night", whatever that means. THE Wife mentioned something about purple Jello shooters and feminine empowerment, whatever that's supposed to entail. So, it's french bread pizza, finishing this post, and off to bed for me, for I have to work tomorrow. (They don't........sheesh) 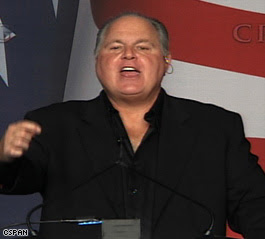 While at work I happened to overhear over one of the patient room televisions some of Rush Limbaugh's crap presented to some Conservative Something or another Committee, in which they loved on each other for being so conservative and loving America and needing to save us all from the commie President who is spending so much money and not cutting rich people's taxes some more. Get this: Rush says that they LOVE people! Yes, that's EXACTLY what the whiney, can't stand liberal, love it or leave it Mr so-full-of-shit-you-can't-even-breath-around-him said, and the good-old-boy-WE-are-the-REAL-American crowd just ate it up!

I honestly think we have to give serious consideration to partitioning this country into the America we all know and love North of the Mason-Dixon line, and give the country South of that border to these people who will JUST NEVER FUCKING GET IT! There, they can bring back slavery and take away women's shoes and just love their narrow minded little lives, and we can get back to being the America the world has always admired. I, frankly, am just getting fed up with these people always screwing the entire pooch and needing the sane people to come back Republican administration after Republican administration and repair the damage, only it's getting harder and harder to do as we go along. SO, let them have THEIR part of what they think America is or should be and let them run it into the ground so that one day we can perhaps ENTERTAIN the idea of letting them, if they FUCKING BEG US, rejoin the union. Only we need to put an end to this dishonest "loyal opposition" once and for all. If the Conservatives want to participate in DEMOCRACY, then let them form a new party with a new philosophy that really DOES include loving people, and then maybe I wouldn't have to laugh at the very idea of Republicans loving ANYTHING they can't make a buck on.

That's my post for tonight and I'm sticking to it. Blessed Be!