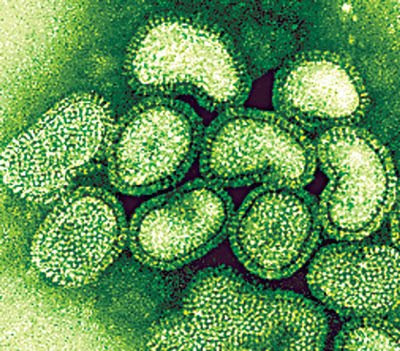 Here we are again. You want to reach out and touch, just barely, that thin, shadowy boundary, that membrane between our rational, everyday reality, the demons we know and deal with daily, and that utter madness, the inconceivable horror that lies just on the other side. Yes, you know what I speak of. Right now we call it PANDEMIC. Russians and Somalis misbehaving, that we could ignore, till some of it bit into our own, and even then three short, sharp shocks killed three would-be buccaneers and the deal was negotiated. Most of us are mere paychecks away from tent cities, but we face away from that too, too tired of worrying about it to keep us from asking all those questions we SHOULD be asking ourselves, like why in the hell are we sitting in bumper to bumper hell in vehicles that cost more than our parent's houses?

This thing I speak of goes by many other names, under many under circumstances, and is played out in myriad scenarios, but we all know it as THE BRINK. We stood there in 1812 as friends, family, and loved ones fell around us like autumn leaves, a death that our own murder in the shape of WWI could not match. We stood there as Kennedy and Kruschav stood toe to toe and played "who blinks first" with an arsenal of nuclear weapons. And, we've been edging up to it for decades now, ignoring the flocks of canaries warning us of impending environmental collapse, not a problem you can send to committee for recommendations. However, there have been two really "neat" scenarios we have been warned of that could very well save this planet by putting a serious dent in our own human population, which has become the pox upon this land. The one is the big chunk of space rock that slams into us and educates us on how every damn dinosaur died on this planet all at once. The other is the superbug, the super-flu, Captain Trips, the biological ass-kicking to end all ass-kicking. SARS was the first really bad scare of this era, but that was only a precursor of the easily transmitted flu bug that enjoys taking out healthy young folks with strong immune systems rather than the very young or very old. That one seems to have arrived. So what will we do about it?

Well, first, as humans are prone to do, we will not stop international travel to help stop the spread of the bug, because that would be inconvenient. We have never been known to take stern measures until OVERKILL is the only remaining measure we CAN take. We always take the path of least resistance first, and THAT is what is going to kill us. So, hunker down my friends, because even now, people are traveling with a bug that loves to share, to mutate, and do what it was designed to do.......KILL it's hosts.

This is THE Michael, standing by on the brink, hoping all of you, my friends, are the lucky ones, the new citizens of a brave new world much less populated than it used to be............

"...because that would be inconvenient"

My favorite is "unnecessarily cumbersome"

Something our past administration left us with. We are a people who don't like to be inconvenienced, even if it means our health, or life.

I'm standing by on the brink with you.

The sun rises and sets, the tides come and go and, occasionally, a pandemic comes along. It's nature's way to keep things in balance. Hopefully, nature won't pitch me and you off the scales.

I was really disturbed when New Scientist published advice for the pandemic : I see it's now edited the article to remove all mention of "stock up on canned food and water and medicines". That's interesting.
I feel the media is overplaying this one - but who knows?

I thought of Captain Trips as well and it scared the shit out of me.