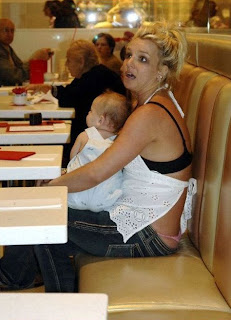 Ah......fear of change......the hallmark of the aging American human. Which is amazing when you consider that we "baby-boomers" have participated in more change in our lifetimes than any other generation before us. From the DC3 to the Space Shuttle, from the mechanical wind-up alarm clock to the digital thing on our wrists that, yes, can also tell time, we have seen technological advances that are leaps and bounds beyond the slow crawl of progress that occurred before WWII. Then there is our social progress, if you can really call it that. We are doing things in public and even at home that we NEVER would have allowed ourselves, by law, to do. On the purely technical side, we demonstrated the evils of scientific progress by exploding a whole passel of nuclear bombs, two of them in the midsts of people, mostly civilians, albeit enemy civilians. As for social "progress"; well, kids are walking around with their pants around their knees, four letter words adorning their "hoody" shirts, having "non-sex" oral sex with each other as soon as their parent's backs are turned. When I was fifteen I was afraid of adults. I am now VERY afraid of fifteen year olds. My how the world turns..........

I now have every reason to fear change. Change more often that not brings about some new adaptation to the society I live in, be it having to find a new job or trying to figure out how to get by without health insurance. The idea of having anything to retire on, even Social Security, is a joke at best. There is one store left to shop at, Walmart, and this is as much the average American consumer's fault as it is Sam Walton's. We want everything, but don't want to pay for it. So, we DON'T get everything, like affordable health care, and fewer and fewer people can pay for anything, thanks to massive unemployment. I used to think it ludicrous that people would ever pay a buck for a bottle of water, even when the same identical stuff is being piped right into their own homes. Now I am beginning to wonder if all this pollution is simply to create a market for bottled air. Yea, clean bottled air that has a federally mandated percentage of actual oxygen in it by volume, since less and less of that will be available to us within the atmosphere. Oh, what, you thought oxygen grew on trees? Well, yea, it does, and how many trees are there now? 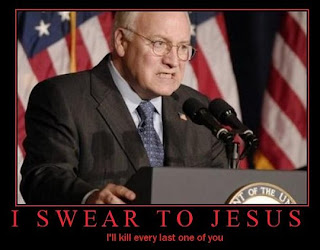 Here in the good old U. S. of A., even our very psyche, that intangible thing that made Americans who they were has gone through a troubling overhaul these past ten years. For many years, the bad guy was identified as that barbarian communist or nazi who would DARE torture our heroic fighting men in order to extract valuable intelligence, like when the allies were planning to bomb Dresden or something like that. That was considered an outrage that international "rules of war" would simply NOT allow, not if we CIVILIZED peoples had anything to say about it. Now we have a Machiavellian ex-president.....oh, I'm sorry.......ex-VICE-president going around the country lecturing the current administration on what a bunch of sissies we've become for wanting to "coddle" terrorists. That's right, one of the men who by all rights should even now be under investigation for violations of domestic and international laws, including torture, is somehow able to run around openly touting how no nazi regime had anything on THEM! I want to puke. I want to puke on a bunch of cowboys and I want them to wallow in it before I force them to eat it. See? I can think like them when I really want to.

If I did not already have more or less unbreakable ties with other human beings already, namely my wife and family and those I work with, I pretty much would adopt the life of a hermit, if only I could find some remote wilderness to hide in. Alas, I doubt there IS anything that remote left save for the windy, desolate plains of the Dakotas. People for the most part just piss my off, not because there are no decent, kind, thinking individuals out there......somewhere.......but because as a collective, we are running ourselves willy-nilly over the cliff and nobody wants to risk mentioning it, for fear of being called names, like tree-hugger, liberal, atheist, communist, rapper, Miss USA, or Walmart shopper. We watch the degradation of our ecosystem in high definition on PBS and the Discovery Channel and the best you can expect of us is to want to send somebody money, knowing they will fix it and make it all better, after which you will go outside and dump more chemicals and fertilizers on your fine-trimmed lawn, drive your SUV (by yourself) two blocks down to the convenience store, and buy some corn and petroleum based product all gussied up in non-recyclable packaging, then come back to sit on your butt and watch some obscenely overpaid "college graduates" kick around a football and try and kill each other. Ah, isn't this the LIFE, though? 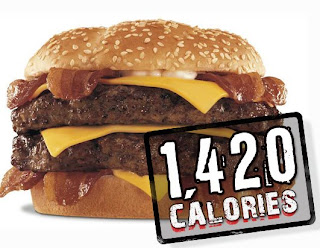 It may be the life but it's going to be a short, AND expensive one, my friend. You are busy clogging your arteries with those Hardy's thick-burgers that REAL men eat and then you are going to end up in my Critical Care Unit, and if you're lucky, you will have insurance to pay for the bypasses which might keep you alive for another ten years IF you stopping eating crap and start exercising. OR, the bill will bankrupt you and you'll go into a deep depression after you lose your house and SUV, the wife and kids, and the stress brings on an even worse cardiac infarct. You see, people don't really GET what life is really all about until LIFE smacks them upside the head and suddenly the clouds part and you wonder why you were wasting all those years chasing after that American DREAM which in reality has been nothing but a chrome-plated nightmare waiting to eat you alive. You heard it over and over again, didn't you, that money cannot buy you happiness, but I guess it wasn't the RIGHT people saying it to you, so you couldn't hear it. Now do you hear it? CAN YOU HEAR ME NOW? 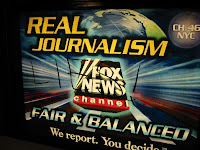 No, you can't stop the merry-go-round and no, you can't get off, save shooting yourself, if you consider that an option, but it isn't a solution. The only solution is realizing that it's NOT all about you, or your family, or even your country. It's the whole ball of wax, my friend, that is imperiled, and you have to actually start CARING about shit going on past those four suburban walls of yours. You have to come to the realization that Tricky Dick Cheney, Rush "pill-popper" Limbaugh and those fine "journalists" at FOX "news" are the closest thing to an anti-christ you are ever going to know, and that there really IS a hell to go to if you keep listening to these sirens from the far right wing of the neanderthal party. Use your brain. You HAVE one, you know.........it's that thing behind your eyes. Brain, meet man...man, meet your possible salvation.

There MIGHT be time left to save ourselves, IF you can remember how to use that thing.........

Oh that top picture scares me! Did she even look in the mirror before she left home? Or is that what passes as 'fashion' these days? If so, I am hopelessly behind.

Get enought rain yet?

I also get soooo pissed off with my fellow homo industrialis.
But - and it's a life saver of a point for me - I actually believe we'll live to see it all come down. And some of us will be standing on the dams, swinging pickaxes.
The ones alseep in front of their sports channels will stay there -frozen forever in a hellish nightmare.

Thanks for feeding my dog :oP lol