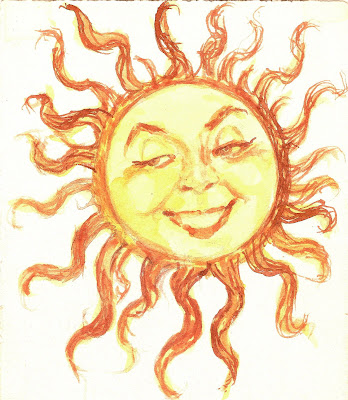 Ladies and Gentlemen, and I mean that most sincerely (except where such designations do NOT apply), in what might have seemed to be eons in passing, this blog has produced ho-hum posts which could have easily competed with staring at dirt for the boring post of the year award. So, as a reward for all your months (please, let's not snicker and mutter "more like YEARS, Bozo...." of forbearance with this blog, I hereby bring you a truly exciting post in which all kinds of things happen, avoid happening, nearly happen, and challenge the very concept of happening to begin with. Please do not be puzzled and wish that I had been more succinct, because I do not have any idea whatsoever what succinct actually means, or if it applies to this post to begin with. 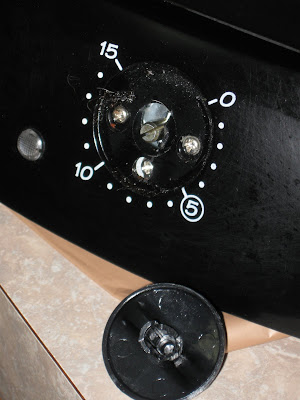 Today, in the kitchen of Pendragon Hold......no, wait, that was last night...well...anyway....in the kitchen of Pendragon Hold, the knob on the Hamilton Beach electric grilling machine broke, which is something that CHEAP PLASTIC knobs have a habit of doing, which apparently did not deter Hamilton Beach from using said cheap material in it's timer knobs. Thanks to the enormous savings that resulted from not using a more robust material for it's knobs, SOMEBODY at Hamilton Beach, the CEO I am suspecting, made himself a nice little chuck of change and I have a less than stellar experience with their product, thus, in the end, YOU JUST COST YOUR FUCKING COMPANY MY FUTURE BUSINESS, YOU DICK WEED! I hope said individual, be he/she/it the CEO, the designer, or whoever, understand exactly what results when quality control is simply a concept best left to people who give a damn.

So, I went out and bought a George Foreman Grill sans any knobs; not by choice, but because it was the only brand PERIOD available at either Target OR Walmart. Perhaps Hamilton Beach did not have a presence on those selves due to their lack of quality control. Who knows. Thus, the reputation of George Foreman as a spokesman now rests in the experience I will have with this grill, which I will have to use in conjunction with a separate timer, which WILL color my experience with the appliance, which avoided the problem of timer knob material altogether by omitting it. This is the year 2009 and this is the best we can do. We are doomed. 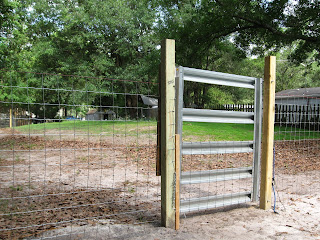 I finally finished the fence and gate which subdivides the back forty of Pendragon Hold. This fence, aside from it's original intent, is serving a bonus effect, which is to keep Shiloh the wonder dog and fat-ass Norwegian canine from digging holes in our septic mound, messing up the clover I sowed trying to stabilize the soft sand of said mound and providing a future graze for the goats.

Next comes the chicken coop. Stay tuned and I promise you will be amazed as I describe the step by step process involved in building something on-the-fly for the very first time with no regard whatsoever to plans or blueprints or other mundane directions. I'm a build-it-as-seen-in-my-mind's-eye kinda guy, so this whole process is bound to be somewhat hilarious.

After much hemming and hawing (does anybody really KNOW what a hem OR a haw is, exactly?), the prescription arm of the insurance company has approved THE Wife's botox and is shipping it to her Neurologist so he can inject the nasty stuff into her neck and shoulders where it will perform it's strange magic. Just like before, of course it's approved for her condition, and the co-pay is only $25, but of course it took almost a week to arrive at that conclusion, as if THE Wife were the only person out of the thousands insured by this company who ever needs it. I'm much to happy that she's going to get it and that it will work again as well for her as it did before to complain about the rigamarole involved in making it happen. There's a reason fate made me her man.....I get things done. 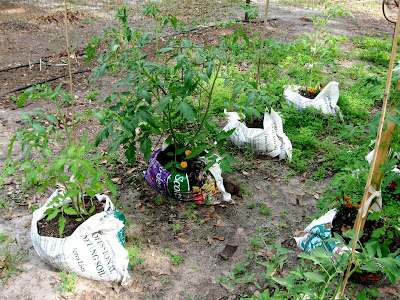 Now we move onto the tomato patch, where every plant but one was planted in a bag of ORDINARY potting soil, while one lone plant was planted in a pricey bag of Scott's potting soil with Miracle Grow plant food mixed in. Sure enough, the plant in the Scott's bag is at least a third-again as large and robust as all the others, although I can arguably state that this is only due to the ARTIFICIAL fertilizer enrichment of this soil and that this is NOT organic. I have been using fish fertilizer for the other plants, which hasn't produced the same results, but IS organic. So, what does this teach us? Hmmmmmm. Perhaps the proof will be in the flavor of the finished products, I don't know for sure. Stay tuned as the growing season progresses.

We have been getting teased with minor sprinkles of rain, but no real soakers for awhile now, and I am hoping that this is not a portent of the upcoming summer season. We have experienced drought conditions before, and yes, we do have a well, but it costs electricity to pump that water and the plants always seem to much prefer the rain water over this sulfurous stuff we pull out of the ground. Perhaps we'll have to get THE Resident Witch working on some rain spells. If it's up there to bring down, she can giter done! 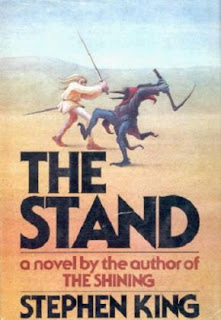 It turns out that this N1H1 wonder-bug that's come out of Mexico is no more virulent than the regular flu, which is quite capable of killing thousands of unlucky and otherwise compromised individuals anyway. However, it is also quite possible that when THIS bug returns for the normal flu season, it could mutate into something quite a bit more problematic, or it might not. No one knows for sure. So, let's just keep our fingers crossed and sanitized, shall we? I still think Stephen King was a prophet........ 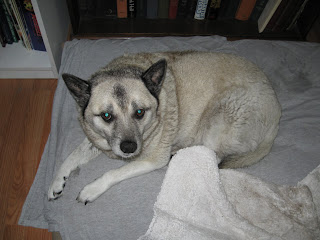 Also, Shiloh the amazing mutt finally got a B A T H today, something he hates having to endure with a passion. I swear, this dog has the thickest, most waterproof coat an animal could possibly sport, and is not the easiest thing in the world to wash. Being the "dirt-dog" that he is, he is usually five or ten pounds lighter once you wash out all the sand he picks up from his habit of digging holes and laying in them. Now he's a clean machine.........and happy it's all over.

By now you are beginning to wonder just when the awesome part of this post is going to show up, the part I promised you would be so phenomenal it would make you want to change your religion, your sex, or your bank account pass word.

Wonder no more. You were dreaming. I never promised any such thing. But have a nice day and come back again. You never know when something phenomenal might happen..........hehe........

Does the botox give relief immediately or does it take a few days?

Hey! Is the Sun at the top of the post the one The Wife is going to submit to Sunday Morning? I hope so. I'll be looking for it. When does she submit it and will they tell her when it will run? It is sooo cool, can I steal..er..borrow it?

Oh, and it rained on Monday! 2.2 inches. We went to a regatta this past weekend and came back and my tomatoes had grown a foot. They don't look anything like yours, but I think I got mine planted later than you did. Have The Wife send some rain this way too ok? Watering is getting too expensive. I want rain barrels!!!!

Paul: it takes anywhere from one to three weeks for the effects to settle in, then once the muscles all droop it takes awhile for everything to stabilize back to normal.........no, it's NOT immediate, but in most cases it IS long lasting.

Jules: No, THIS sun was sketched by my dear late Mom. I'll try and include a pic of THE Wife's sun when I can. Good luck with your garden!

We at "The Gods Are Bored" are highly suspicious of Miracle-Gro. Wouldn't be surprised if it contains ground-up kittens. Hope THE Wife gets the relief she needs!

It's May 15th and it's snowing here tonight..global warming eh?

George Foreman thanks you and I'm sure his 5 sons named George thank you too.
You built a fine enclosure, the neighbouring ranchers must be green with envy? Does anyone else have such an eclectic assortmant of critters?

Forget the Mexican Swine Flu did you hear about lab tech who tried to smuggle 20 vials of Ebola into the States..this guy worked at our downtown lab..world famous..because it holds every known horrible disease and virus that we have ever discovered..yep, right here downtown Whateverpeg..makes me feel warm and fuzzy all over.

Shiloh is a very cute dog and I can tell that he has sea otter fur..wth? Does he float?