Greetings and welcome to a very wet episode of The Chronicles of Pendragon Hold. It seems it's now monsoon season here in the relatively unknown NorthEast section of sunny Florida, having rained steadily for an entire week, and more forecast to drench us for days to come. Today the sun has put in a brief appearance, as if to assure us that he's only taken a brief sabbatical. And all this comes after yours truly was expressing fears of another drought coming on.......one must be very, very careful what one wishes for....you just might get it! In SPADES! 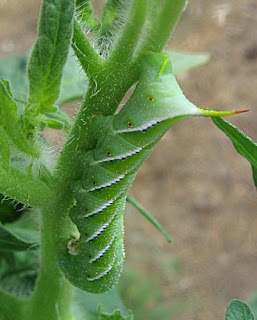 The gardens are holding up, a bit battered and overwatered but not yet showing signs of flat-out drowning. AND, during our close examination of the tomato plants, sure enough, we discovered the first wave of tomato horn worm invaders, whom we picked off and disposed of, having gotten to them before they could really chow down on the plants. Other various plants are showing signs of having been munched on, but the munchers remain a mystery as they are not being caught in the act. Hopefully we can deploy some natural defenses before the word gets out that there's a smorgasbord laying about at Pendragon Hold.

We already have some tomatoes, though, and the beans look promising. The squash rarely does well around here and they don't seem to want to improve on their record this year so far. The strawberries are aggravating in that they put out one or two ripe berries at a time, instead of a basketful all at once. Maybe I have the wrong kind of plants or not enough of them.......this is all a learning experience.

We had hoped to drive down to Casadega, that spiritualist camp we like to frequent occasionally, but the constant rain is putting a botch on that idea. So, instead, THE Wife is inviting her friends over for small party, including karaoke. I still have my old discs and a mish-mash of equipment cobbled together to play them with. I don't know if I ever mentioned it, but I was once a karaoke GOD! Well, maybe in my own head.......Gods know none of us except those who really CAN sing actually sound anything like we think we do. All I know is people would clap rather than throw rotten fruit at me. Hopefully everybody will be too drunk to care one way or another......hehe. 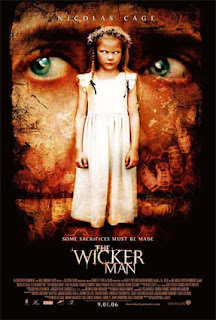 I just watched the remake of an old pagan classic, "The Wicker Man", this time starring Nicholas Cage. This version, originally cast on an island off the British Isles, has been Americanized, this time centered in the Pacific Northwest, and other minor liberties have been taken with the story line, but overall, I guess it's not bad if you aren't a pagan and don't know any better. By that I mean I didn't like the tone of the movie and how it portrayed pagans. It didn't paint a very pretty picture, overall. Please, if you do see it, remember it's only fiction that takes some real liberties with reality. No pagan I know thinks the Gods require sacrifice of that sort, nor is Wicca so rabidly anti-male. At least not most versions of it.......

Meanwhile, out here in the real world, I would like to send out a shout to my rabid republican man, the ex-vice-presidential dude of that last FUBAR some people have the nerve to call an AD- MEN- IN- STRATION. Yea, they were in menstruation all right. On the rag, every one of them. Anyway, my dog "Cha-Ching Cheney" is doing something we Democrats never figured out how to do......actually shrink the Republican Party! Yep, the more this idiot talks, the smaller the party gets. There is only so much outlandish crap you can feed your posse before they get wise to your shit. Seems Americans, even conservatives, are getting wiser by the day. And we have Mr "sell the country to Haliburton" himself, and yes, to his leg-humping friend, Dope-Fiend extraordinaire, Hush Puppy Limbaugh, to thank for that.

Keep yapping, dogs. It's music to our ears.

Oh! I could bitch about 'The Wicker Man' remake for days! What a piece of shit that movie is! Of course I was stupid enough to buy it (at a very reduced rate) before ever seeing it but UGH! It's horrid really truly and stupidly! If you have (access to) the disc, you MUST listen to the idiot writer justify his reasoning behind certain things done in the movie. I'd like to kick his ass for being such an ignorant prick! LOL

never bothered to see the remake - although I like Nicholas Gage, I loved the original version.

Maybe with all that rain, your squash will do better - they like lots of water -and I saw the shuttle had to go down to CA to come down as you guys were far too wet!

Well, I went out yesterday to stake and tie up my tomatoes some more (they are nearly taller than I am!) and to what did my wondering eyes appear? You got it! Those dern tomato worms. I must have taken 5-6 of those dern things and sliced them in half. I wonder? If I cut them in half, do they regenerate and each half make a new worm?!?!?!?! I sure hope not. Maybe some bird came along and got them. Do you prune your tomatoes at all? I'm trying it this year just to see if it makes a difference. Taking some of the suckers and planting them in pots to see if they'll grow roots to transplant at a later date, for more tomatoes!!! Oh, made a great tomato pie the other night. Store bought tomotoes, but it was so good I can't wait to make it with fresh out of the garden ones.

Hope it quits raining so you don't have to build an ark rather than a chicken coop.